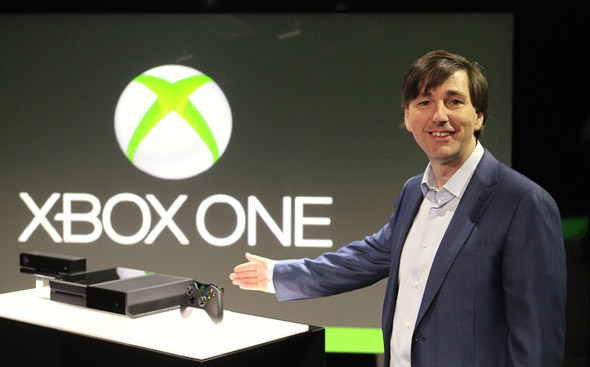 Does Microsoft have a secret weapon?

This year’s E3 event in Los Angeles saw Microsoft and Sony competing for the attention of millions of video game fans with a shiny new line up of exclusive game announcements and platform information. Coming into E3 it was clear that Microsoft had a lot more at stake after a negative reaction to the Xbox One unveiling 3 weeks ago due to used game restrictions and a perceived lack of focus on games. Once at E3 it was apparent to most people watching the Sony press conference that Microsoft was still lagging behind in a contest to impress potential buyers in hopes of supporting their new hardware.

In the fallout of the conferences, social media was in strong voice supporting the PS4 due to its open platform practices, lower price, and indie support. Online polls added to the Sony fanfares as voters deemed them to be overwhelmingly more favourable than Microsoft who scored as low as 9% in some cases.

What seems to have added to Microsoft’s woes in the face of such public disapproval is the communication regarding key issues raised by the primary market and press alike. Don Mattrick’s response to concerns regarding Xbox One’s online connectivity requirements felt cold and insulting when he suggested consumers can use an Xbox 360 instead. Throughout recent interviews and growing developments Microsoft representatives have provided conflicting messages and appeared defiant in spite of the negative reactions from the core market it now seems to be alienating.

In addition, the new technical features unveiled have been poorly demonstrated, meaning the true gaming potential of these innovations is not very apparent. Perhaps this is due to a desire to avoid further separation of the core gamer market with additional TV focused examples, or simply because they do not fully understand the potential themselves.

What could be construed as steadfast arrogance on Microsoft’s behalf may just be a reluctance to admit that they have pitched their new product poorly. Alternatively, there may be an element of truth to this perception given the company’s success in the current generation possibly providing an inflated sense of security.

Taking to the stage at E3, Microsoft presented some impressive and desirable Xbox One exclusive titles such as Respawn Entertainment’s Titanfall. However, given the negative feelings towards the platform many may see this as a hostage like situation where Microsoft is attempting to withhold popular content from players in an attempt to present a necessity to buy their product.

The Xbox One unveiling event was intended for a new demographic of consumers that could potentially provide an increased revenue which will always be a top business priority, though not usually at the risk of losing existing customers. This perceived shift in focus will be the result of deep analysis into the market behaviours and usage statistics to create informed predictions of where the company’s future efforts are best invested.  According to Microsoft, that future looks to be one that is no longer solely based around a games platform but rather an interactive entertainment hub for the home.

What Microsoft is proposing is causing a huge riptide of ill will towards the company, but they likely believe that they have accumulated enough good will in the past that they can weather this rough transition period whilst securing new potential customers in the process. Right now, Sony is capitalising on this critical period by riding the crest of the wave and telling everyone exactly what they want to hear in the current battle of hearts and minds.

Looking to the future as Microsoft inevitably are, it is not hard to consider that a lot of the contentious features of this new hardware will become more commonplace and possibly even accepted. If, or even when, that day comes, Microsoft will already have the systems and infrastructure in place to assure dominance of the market to the point of possible monopolisation.

Radical change can often be met with equally radical negativity of the unfamiliar. In 2003 a new service was launched to provide game updates and improved anti-cheat protection to online gaming. Shortly afterwards the highly anticipated game Half-Life 2 was released which required authentication through this service in order to play. The platform was fraught with issues on launch and the target of much public outcry regarding a necessary online connection and perceivably invasive anti-piracy systems. Nowadays the platform, commonly known as Steam, is seen as the darling of PC gaming from a company that can do no wrong. Perhaps Microsoft will be hoping to emulate the success of Valve as they too try and revolutionise their own entertainment platform for the future.