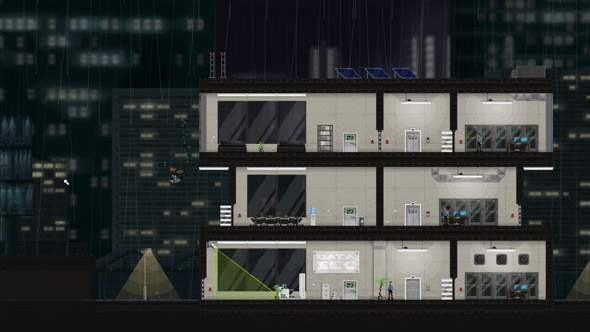 In the final part of my look back at my personal gaming highlights of the year, I have decided to list my top 3 favourite games in rank order to reveal my Game of the Year 2013.

This year I have struggled to find a good reason to brush the cobwebs off my PS3, but with the release of Naughty Dog’s bleak and emotional The Last of Us, I was glad I reached for the duster. This masterful character driven game breathed new life into the console as the generation was preparing to make way for future hardware. 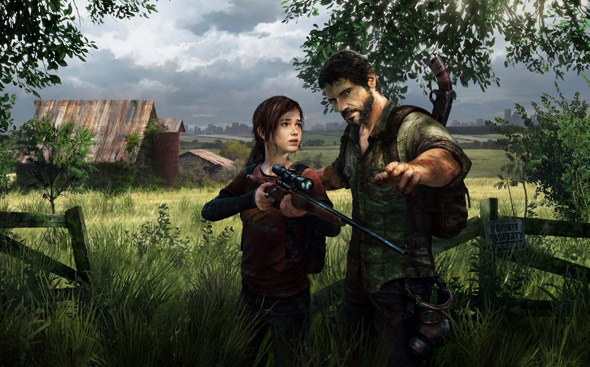 I wrote a blog post about the immersion breaking situations I often found myself in whilst playing The Last of Us, but this was more of an analysis of the problems of storytelling when creating believable worlds that players are then allowed to influence. To date, The Last of Us is possibly the finest attempt at tackling those issues, which is evident from my occasional dismay when the spell of immersion was broken despite the developer’s brilliant work.

It is that immersion within the world of The Last of Us and the connection to its characters which makes this game such a powerful experience. Whilst the majority of the gameplay is far from revolutionary, the implementation of the mechanics and the refined attention to detail makes the act of playing feel new.

The Last of Us is more than a brilliant story driven interactive drama that brings a fresh perspective to the tired themes of zombie apocalypse. As big budget, triple-A developments are considered to be burgeoning out of control and scope, Naughty Dog has proved that a large team of skilled developers can still create innovative and intricately polished products worthy of the attention they receive.

I have never found myself dreaming what it would be like to command a starship through the cosmos, engage in epic space battles or conduct interstellar diplomacy. That was until I played FTL!

FTL was often infuriating and seemed determined to punish me and my crew when we are at our most vulnerable, damning us to an inglorious death in the depths of space. Until I eventually completed the game, I went through numerous ships. Death by enemy boarding, oxygen starvation, deadly fires spreading…. But with each spacecraft’s passing, my determination to finish the game would grow and hopefully vengeance against the dastardly Rebels would be mine.

It was this constant threat and pressure that actually helped me become so invested in the outcomes of my crew and starship. Thanks to FTL, I was now weighing up the tactical decision of diverting power from my ship’s life support systems in order to direct a (hopefully) fatal blow to my attackers. The game was full of these tense and exciting moments that reminded me of some of my favourite situations when commanding my squad in the brilliant XCOM: Enemy Unknown.

I thoroughly enjoyed the game’s punishing and thrilling gameplay that made the eventual moment of victory ‘oh-so sweet’. However, the enjoyment would not stop there as FTL had great replay value with new ships to unlock, species to meet and secrets to discover.

I remember hearing about Gunpoint many months before its release as I was directed to the dev-log of the game’s creator, Tom Francis. As soon as I saw the early gameplay footage and heard the way Francis talked about his project, I knew that this would be a game to pay attention too. Fast forward to the release and it was great to see the game lived up to its promise and my expectations.

Here was a puzzle game that refused to constrain players to simple right or wrong answers, and instead provided a freedom to experiment and imagine the most unbelievable solutions possible. Using an innovative hacking device that allowed players to rewire a building’s systems, the game offered an opportunity for an inventive and unpredictably fun form of stealth not seen before.

With the invention of this brilliant hacking mechanic, Francis created a gaming environment for players to craft a level to their own wishes beyond his design. This experimental playground was presented in the beautiful pixelated world of a private detective, complete with its own alternative Film Noir murder-mystery plot.

Full of typical British cynicism and humour that seems to be a mirror of Francis’ personality, the game is constantly witty and hilarious. The old adage of ‘Always leave them wanting more’ is quite apt when talking about Gunpoint, which seems to end as quickly as it hooks you into its opening scene. That said, with the vast possibilities offered in each mission and the addition of a level editor I am hardly going to begrudge this game for its short story length.

Gunpoint is the most perfect blend of refreshing ideas, enjoying experience and accomplished production that I have experienced in 2013, and quite possibly one of the finest games I have ever played.