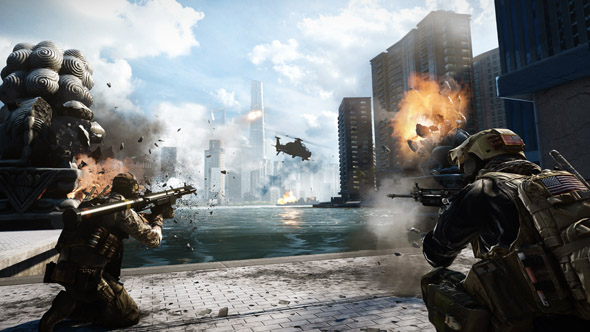 Most new games have a variety of multiplayer options tailored to extend their lifespan and provide additional experiences for players beyond single player pursuits. This trend for ‘games as a service’ is understandable in a modern world where people are finding more ways to connect and socialise digitally.

Personally, I tend to prefer dedicated multiplayer games to satisfy my desire for social gaming, as opposed to the often shoehorned multiplayer modes offered by some games. Many recent games have introduced interesting multiplayer components to compliment their single player features, but none of those have managed to entertain me beyond mere curiosity. I have selected the following as my Best Multiplayer Games of 2013.

What originally started as a Half-Life 2 mod released in 2010, Chivalry is now a standalone release built on the Unreal Engine. This new revamped version of the game retains the inventiveness of the original whilst providing a more polished presentation and control. The result is a multiplayer game that gives players the opportunity to experience firsthand the intense brutality of ‘medieval warfare’, but also offers unintentional black humour. 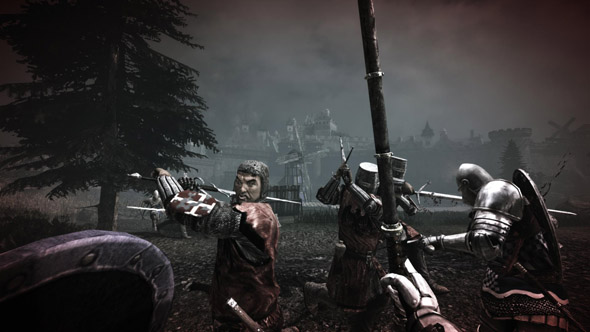 Spurred on by the surprisingly comical player controlled battle cries, heading into a brawl rarely fails to be an enjoying, unpredictable and tense scenario unavailable in most other games. Skirmishes often play out like a battle in Monty Python and the Holy Grail rather than a grisly melee to the death.

Comedic novelty aside, Chivalry’s combat is finely balanced to ensure that it can be quickly picked up by new players whilst more nuanced control can be learnt for a more skilled play style. This helps to ensure that skirmishes are frantic yet balletic displays that can be quickly changed by the addition of another player charging into the fray. It is dangerous, thrilling, refreshing and ultimately fun; a brilliantly enjoyable multiplayer experience.

Released last year, Guild Wars 2 and its player populace seem to still be going strong, whilst so many other MMO’s have been struggling to survive this year. This is perhaps in part due to continued development and community support despite its lack of subscription service. 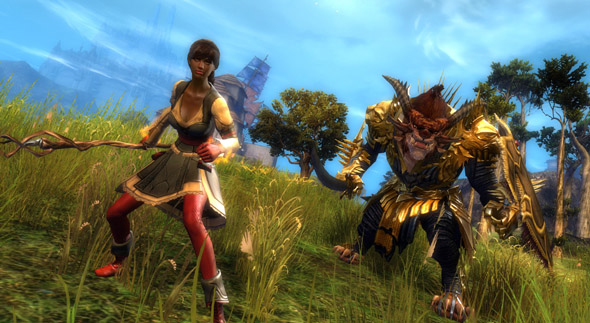 ArenaNet promised big innovations to the MMO format and they have certainly delivered on a number of their guarantees following the game’s release. Guild Wars 2 provides a rich and varied world for players to explore, socialise and compete within that rewrites a number of the conventions of the genre. With their Super Adventure Box ‘April Fools’ prank this year, ArenaNet demonstrated just how much they were determined to cater to a unique and entertaining world for their player base.

Not afraid to step out from the shadow of World of Warcraft and attempt new ideas, Guild Wars 2 has proved that there is space for more than one MMO in the market. The way the game handles individual storytelling and employs more fluid multiplayer gameplay are techniques I expect to see mirrored by future multiplayer focused games, regardless of genre.

Those of you who read my Most Disappointing Games of 2013 post may be surprised as to how Battlefield 4 could be included on this list. Yes, the game has been plagued with issues since its launch at the end of October, and yes, the game has been almost unplayable at times. But, the inevitable disappointment that this caused is proportionate to how much fun this game is when you do manage to play it without issue.

Continuing the exciting unpredictability of previous releases, Battlefield 4 is one of the finest games this year for providing those amazing moments that you eagerly want to retell to your friends or share on Youtube. It is only in the multiplayer environments of Battlefield that the random behaviour of 64 players can produce unique spectacle on such a consistent basis that ensures watching a game unfold is just as entertaining as playing.

It may be suffering from technical issues, but compared to the alternative multiplayer shooter experiences available this year it still provides the most exciting and unexpected gameplay. Despite its teething problems, it is already the multiplayer game that I have committed the most time to this year, and I’m sure that it will continue to entertain for a considerably long time (once the issues are fixed..!)