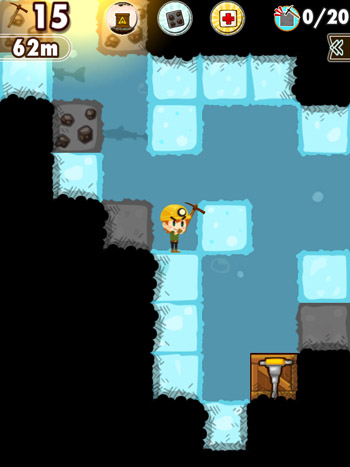 In 2013 handheld gaming was bigger than ever. Nintendo finally seemed to be returning to form with popular releases for the 3DS such as Pokémon X and Y and Animal Crossing. Sony’s Vita has also dusted off the cobwebs thanks to the PS4 Remote Play functionality as well as new exclusives such as the imaginative Tearaway.

However, it is mobile and tablet gaming that has interested me most of all this year within the handheld market. Aside from the mega-success stories of titles such as Candy Crush Saga, I have found mobile gaming to provide some secret gaming pleasures that kept me exploring the Android Play Store. Amongst the numerous titles I played this year, these are my favourites that make up my list of Best Handheld Games of 2013.

Plug It! is a first-time release for new indie start-up haveUplayed and is one of the finest mobile games that (sadly) no-one is talking about. Using their device’s tilt and touch controls, players must guide Goi the lizard around the platform puzzler to help him ‘plug’ a hole before lava spews forth and destroys the lizard eggs! 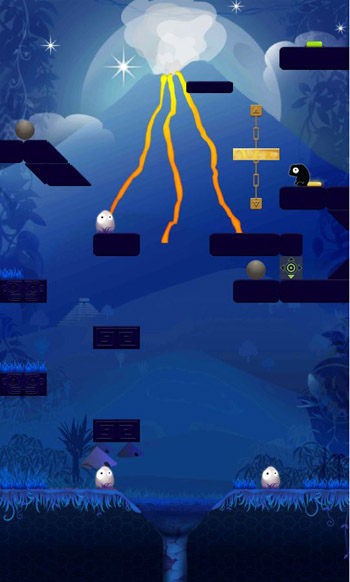 It is a beautiful ‘cutesy’ game, but don’t let that deceive you to its challenging puzzles and gameplay. Thanks in part to the use of tilt controls, Plug It! requires quick reflexes and can be quite demanding, but haveUplayed have finely balanced the control system to avoid punishing at the cost of player enjoyment.

Packed with a selection of unlockable game modes and bonus levels, Plug It! was one of those mobile games that I would pick up with the intention of briefly playing with a quick cuppa. However, I often ended up determined to beat just one more level then realising my cup of tea had gone cold. You will be hard pushed to get a better compliment out of me for a game if I don’t mind losing a cup of tea to it every now and again!

Coming from ZeptoLab, makers of the popular Cut the Rope series of mobile games, it was no great surprise I was impressed with their latest offering, Pudding Monsters. This is a delightful puzzle game where you have to slide jelly monsters across a dinner table so that they can form into a bigger creature to save themselves from becoming dessert. 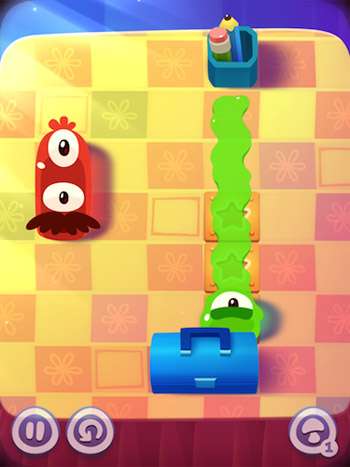 Much like the previous titles from ZeptoLab, this game has a charming and glossy presentation that I enjoyed whilst pondering over the puzzles. As I progressed through the game I was introduced to new monster types that offered new problems and techniques which kept the game fresh.

By using an inventive new 3-star reward system the game encourages replayability by presenting each level in a new light. Players are encouraged to complete levels in a multitude of ways, rather than simply awarding stars based on score, as is often the standard.  Like the best mobile games, this is quick and easy to pick up and play, but hard to put down once you’ve started.

In case you hadn’t noticed, mining is kind of trendy in gaming at the moment thanks to games such as Minecraft, although where most games attempt to copy the format of such titles, Pocket Mine decided to try something different. In a game that perfectly utilises the functionality of mobile devices, Pocket Mine presents a simple game where the player must attempt to dig as deep as possible in the limited time provided.

Using ‘one-touch’ gameplay, players must tap a block to ‘mine’ it, but each tap weakens your pick axe until it eventually breaks. However, as you mine you will collect valuable ores that can be converted into in-game currency which can then be used to upgrade your pick for future excursions. As this might suggest, there are in-app purchases which is usually a major turn off for me in a mobile game. Thankfully, they are easily ignored and do not provide much benefit beyond the ability to prolong playing duration.

I found that the default time limit was more than enough for me to have an enjoying trip down the mine shaft and attempt to salvage some of the varied collectibles and power-ups or complete one of the random challenges. One of my favourite features of the game is the act of unlocking and building a deck of modifier cards which are then randomly selected at the beginning of each game. These ensure that each game has a slightly different experience or challenge that gets more satisfying the more you play.

Roofdog Games have crafted a finely balanced mobile game that presents a variety of ever changing rewards and challenges that ensure each play through is as fresh as the last. There is no shortage of things to achieve or unlock in the game and I’m constantly encouraged to play it whenever I find myself with a few minutes spare. Each bite-size session leaves me satisfied yet still hungry for more, though I wouldn’t say I’m addicted to playing it… honestly, I’m not!